The Union of Minority Neighborhoods, founded in 2002, is a grassroots organization whose mission is to ensure that leaders of color "effectively organize on issues of concern in their communities, their regions, and the nation." The Boston Busing/Desegregation Project (BBDP) is a project developed by the Union of Minority Neighborhoods. BBDP was created to accomplish the following outcomes: increased awareness of Boston's busing and desegregation crisis, an inclusive history of Boston, and a vision that focuses on race and class equity, democratic access, and higher quality institutions. The project began in 2011 with screenings of their film Can We Talk? — Learning from Boston's Busing/Desegregation Crisis. You can view the film and learn more about it here.

Below are reports that are the result of extensive knowledge gathering through interviews, community events, film screenings, and other research. The reports share different forms of community knowledge, experience, and emotion. The reports also give detailed explanation of the goals and framework of the project. 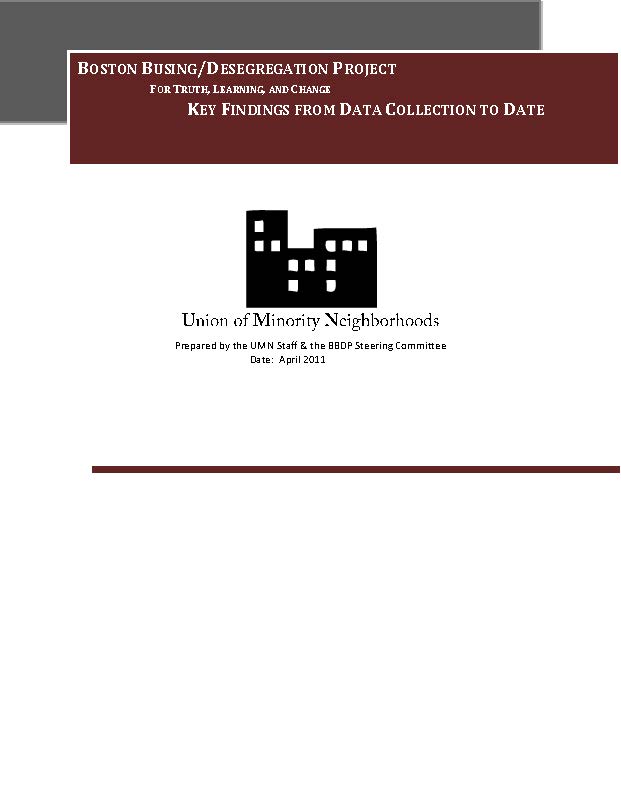 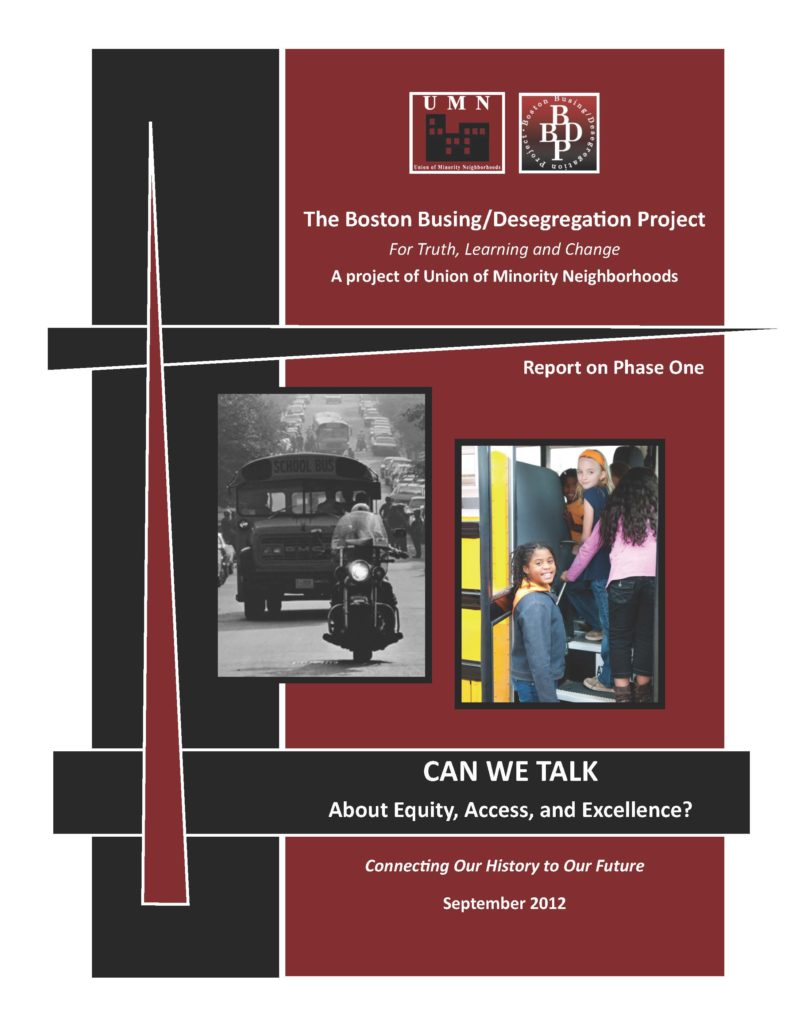 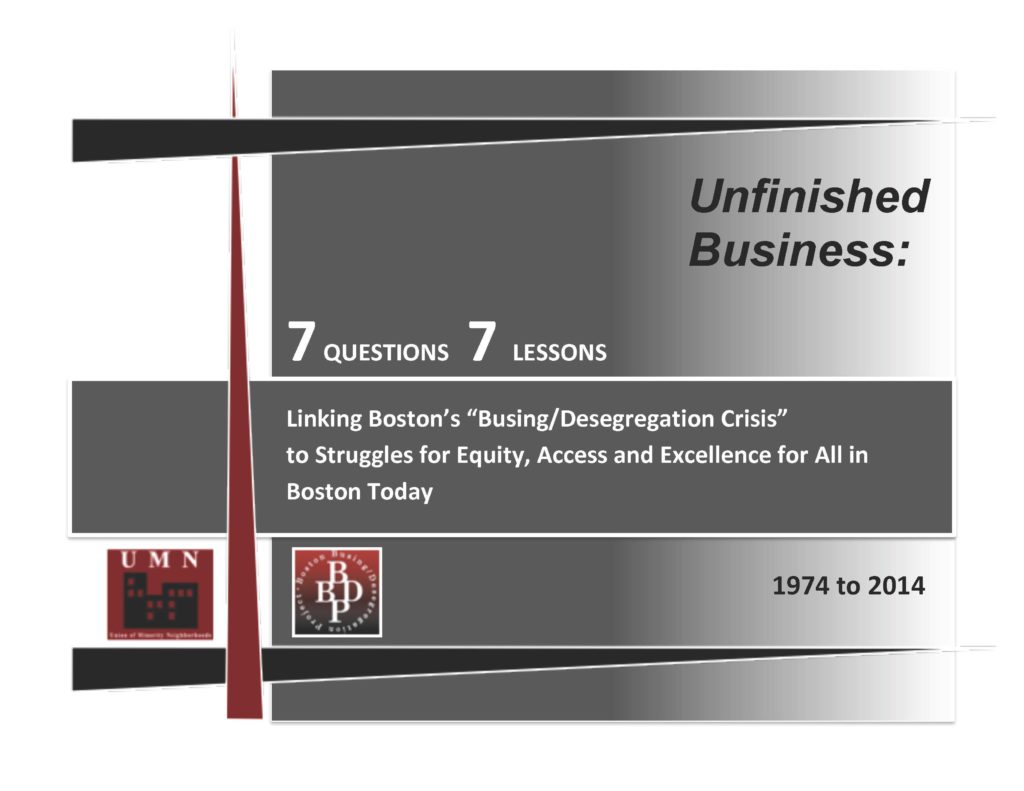 This project was created using the CERES: Exhibit Toolkit with help from the Digital Scholarship Group at the Northeastern University Library.